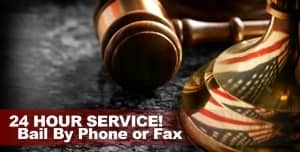 It’s early in the morning and you’ve just be startled out of a deep sleep with a collect phone call from the jail.  On the other end of the line is your son, pleading for help. And now you’ve found yourself here, trying to find the best bail bond company in Birmingham, AL to help you, help your son.

We know exactly what you are going through.  At Rush Bail Bonds we work hard to get people, just like your son out of jail as quickly as possible.  Pick up the phone now and call one of our bail agents at (205) 543-9209!  We’re standing by ready to help.

Getting arrested or having a loved one booked into jail is a life changing experience.  It can affect an entire community.  When someone is locked up, that’s one less person being a productive member of society.  It means an empty seat at the dinner table and sometimes bills go unpaid.  It’s hard to show up to work, if you’re behind bars.

We know you or your loved one needs to get back to their normal routine.  And it all starts with getting out of jail.  We’re not you’re typical bail bonding company.  We are deeply rooted in the Birmingham community and have a passion to help our neighbors in times of need.  This is what drives us to provide most professional and courteous bail bond services in all of Alabama.

Hiring a bail bond company isn’t your only option when posting bail, but many find it is the most convenient way to get out of jail.  Sometimes, if you’ve been charged with a non-violent crime and it’s your first offense, you may be  booked into jail, cited and released. This is called being released on your own recognizance.

However, if you’ve been arrested for allegedly committing a serious crime, such a assault or armed robbery you may have to post bond to get out.  A judge determines your bail amount during your first appearance.  This hearing typically happens within 24 hours of you or your loved ones arrest.  You can pay cash or post a property bond for your total bail amount if you have that money/value available or you can hire a bail bond company.

When you work with a bail company you only need to come up with a fraction of the total bail amount. We also need a cosigner and collateral.  For example, if your son’s bond is set at $75,000 and you’ve decided to work with Rush Bail Bonds in Birmingham, AL, you would pay us 10%-15% of the bail.  A co-signer is required so we have someone who is responsible for the bail amount, fails to show up in court.

Collateral gives your co-signer and Rush Bail Bonds a source of money to pay that bail, if again, you or your loved one skips town.  Once all the terms of our contract have been reached, we post bond to the court/jail on your behalf.  We accept a variety of payment options.  Our fee is non-refundable.

If you’re still unsure is hiring a bail bond company is right for you, call one of our licensed bail agents today.  Rush Bail Bonds in Birmingham is available 24/7 to answer your questions and address and concerns.

Who Can You Trust In Birmingham Alabama?

My son is out of jail!  Now, what? Now, is the time to be a model citizen.  It’s is not the time to engage in risky behavior.  When a defendant is released from jail, a judge sets basic guidelines he or she must follow.  Those terms vary, depending on the circumstances of the case.  For example, someone who has been arrested for drinking and driving is often required to submit to random alcohol testing.

If a defendant has been charged with domestic violence, a judge may require that person to stay away from the victim.  Regardless of the alleged crimes, all defendants must appear in court for every hearing.  If the defendant  doesn’t show up to their court hearings, a judge will issue an arrest warrant and they will go back to jail- only this time it may be more expensive and more difficult to get out. Get a calendar and stay in constant contact with your bail agent and attorney.

Getting an unexpected collect phone call from the jail, is always unnerving.  With a bail bond company on your side, this doesn’t have to be scary.  Our agents will guide you through the complex legal system and get your son’s life back on track.  We’re here for you, when no one else is.  You don’t have to go through this alone. Call us today at (205) 543-9209!