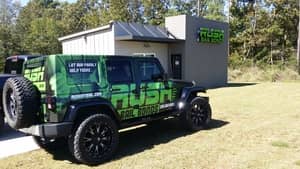 In a split second everything can change.  Once too many drinks at a party leads to one too many regrettable decisions.  Like the time your brother decided to get behind the wheel after a night of drinking.

A short drive home quickly turned into a long trip to jail.  And now he’s calling you for help.  Rush Bail Bonds in Birmingham, AL is here to guide you through the legal process..  We offer a bail bonds service for every kind of case, including driving while intoxicated.  Pick up the phone and call us today.  We’re here for you, when you need it the most.  Call Rush Bail Bonds today at (205) 682-6001!  We are here for you!

We’re a family owned and operated  bail bonds service company with more than 15 years of experience.  Experience is everything in this business.  When you call one of our licensed and professional bail agent, you’re getting an expert in the bail bonds service business.  This means you have a pro on your side to navigate the complex legal system and get your brother out of jail and on with life as quickly as possible.  Each and everyone of our bail agents is licensed with the state of Alabama and has mastered a 20 hour bail bonds course on bail procedures, best practices and bail bond law.

We’re not just a bail bonds service company,  we’re in the business of making live better.  Every inmate behind bars is on less productive member of our community. The quicker an inmate posts bond, the sooner they can get back to working and providing for their families.  Call Rush Bail Bonds today!

What Is The Process In Birmingham, AL?

The good news is you have several options when it comes to posting bond in Birmingham, AL.  But, let’s first start with the basics.  Bail is basically in insurance policy with the judicial system to insure a defendant will appear at future court hearings.  When you post bail, you’re promising- with your word and your money- that you will be back in court.  A judge is in charge of setting bail.  This occurs during a court hearing known as a first appearance.

A judge will determine how much to set bond your brother’s bond at based on his criminal history, employment status and other factors.  Once bail is set you know how much you’ll need to pay to get you brother out of jail.  If your brother is charged with DUI his bail may be set between $1,000- $7,500 according to the State of Alabama bail schedule.

However, if this is your brother’s third DUI and he hit another vehicle, he may face a higher bail.  Every case is unique and the set bail amount typically reflects those specific circumstances.  If you have the financially ability to pay for the  total bail amount, you can write a check directly to the courts in Birmingham, AL.

What Is A Property Bond?

If you don’t have the resources to pay cash, you can put up your home or other valuable piece of property.  This is known as a property bond.  If that isn’t a option, you can hire a bail bonding service.  Rush Bail Bonds makes posting bond affordable for everyone.  You shouldn’t have to decide between posting bail and buying bread for your family. When you work with Rush Bail Bonds in Birmingham, AL, you only need to come up with 10%-15% of the total bail amount.  We also need a co-signer and collateral.

Your brother doesn’t need to sit behind bars any longer.  With an experienced, bail bonds service company on his side, he can be a free man until his case reaches a conclusion.  It takes months, sometimes even years, for a final verdict in a case.  Your brother shouldn’t have to wait that long before he has a home-cooked meal. Call one of our bail services agents today at (205) 682-6001!  We are here for you!